Temple Emanuel Sinai, embracing our rich heritage and rejoicing in change, strives to create a vibrant Reform Jewish congregation for Central Massachusetts. As an inclusive community, we seek the wisdom and guidance of Torah and offer a comforting foundation of belonging and support. United in sacred space and time, we pursue innovative and creative lifelong learning opportunities, joyful worship experiences, and social and environmental justice.

Temple Emanuel:
On June 29, 1920, sixty men met discuss plans for the establishment of a synagogue on the West Side. In 1921, they began holding services (in a Modern Orthodox style) in downtown Worcester. In 1921, the group officially incorporated as the “Worcester Modern Congregation” and in 1922 opened its first synagogue in a home at 22 Suburban Road in Worcester, calling it the “West Side Community House.” By 1923, the congregation had outgrown its facility and moved into 111 Elm Street, naming it Temple Emanuel. The congregation gradually adopted Reform practices and, in 1937, affiliated officially with the national movement, under the leadership of Rabbi Levi Olan.  In 1949, the congregation moved to its final home at the junction of May and Chandler Streets. The Temple’s longest-serving rabbi, Joseph Klein, began his duties on January 1, 1949, retired in 1977, and would remain on the pulpit as Rabbi Emeritus until his death in 1996. Klein is famously credited with inspiring at least eight young congregants at Temple Emanuel to attend Hebrew Union College, the Union for Reform Judaism‘s Rabbinical seminary.

You can find a more detailed history here.

Temple Sinai:
Temple Sinai began as a splinter congregation in 1957 and held services for its first 5 years (1957 to 1962) at the Worcester Jewish Community Center. In 1962, Sinai moved to a 42-acre estate the congregation had purchased at 661 Salisbury Street, holding services and religious school in a very large home on the site.  In 1980, the congregation opened its first purpose-built synagogue on the site, keeping the home intact for offices and religious school use.  Temple Sinai at first considered itself more of a “Classical” Reform Jewish congregation, distinguishing itself in ritual from Temple Emanuel which was more traditional for a Reform congregation, though members began to embrace more rituals over the years.

You can find a more detailed history here. 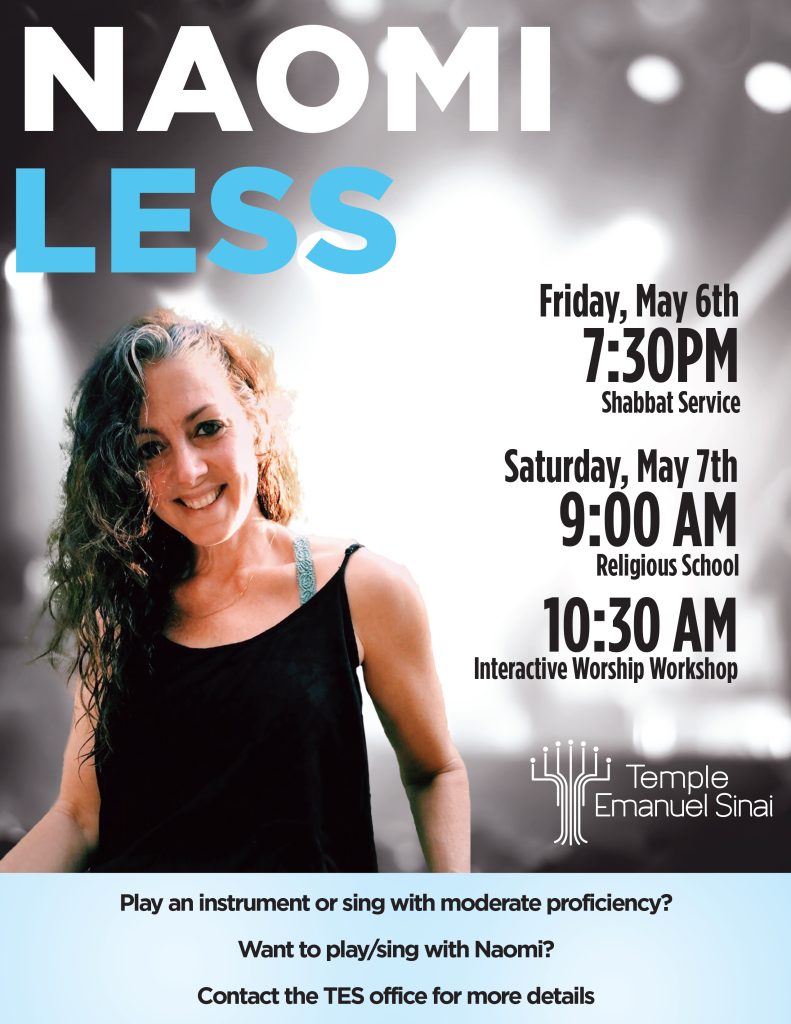 Watch streaming events and services live on the website!

Learn more about participating in Temple events and services and becoming a member.

Your donations — at whatever level is comfortable for you — will ensure that Temple Emanuel Sinai continues to deliver high quality events and services.